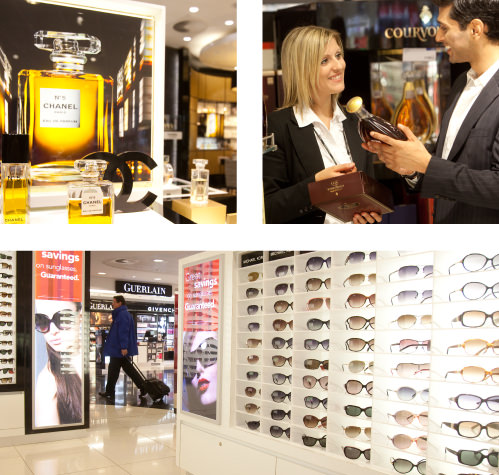 Liverpool John Lennon Airport is an international airport serving North West England. It is located within the City of Liverpool on the banks of the estuary of the River Mersey some 7.5 miles south east of the city centre.

Passenger numbers have increased almost ten-fold since the mid-1990′s, with the Airport moving from 20th to the 12th busiest airport in the UK. LJLA handled over 4 million passengers in 2014 with flights to over 60 destinations in the UK and across Europe and with onward worldwide connections.

It is recognised for its relaxed, hassle free environment and best in class operational performance and is the Airport of choice for passengers from across the region.

Over the past 12 months LJLA has secured flights from 5 new airlines, announced 12 new services to 8 new destinations, bringing over 90 additional flights per week.

Most recently a £12 million development programme has been completed providing a new larger passenger security screening area and an expanded departure lounge, including the addition of a number of new and exciting retailers, with a further £1 million investment earlier this year, to enhance the area and improve the passenger experience further as the Airport delivers on its promise to be Faster, Easier, Closer. Additional investment in Airport facilities is currently underway to further improve the passenger experience, helping to firmly establish the Airport as a key gateway for the Liverpool City Region, the North West and North Wales and an integral part of the transport connectivity of the emerging "Northern Powerhouse"

We have two stores at Liverpool airport stocking big name beauty brands such as Lancôme, Clinique and Benefit, so you’ll be selling these alongside a wide range of designer fragrances and luxury sunglasses and watch ranges from Ray-Ban, Michael Kors and Hugo Boss, alongside a wide range of whiskies, champagnes, fine wines and spirits. In the past year, we have introduced leading home-grown brands from Liverpool such as Michael Kors, Superdry and Tom Ford to our in-store product range.

Joanne Hagar, Store Manager, is proud of the team at Liverpool:

"We believe in growth and development through our people with 6 team members progressing from CSA to ACSA in the past 18 months. Also we have a leader who started with us 5 years ago as a part time Replenishment Assistant and last year successfully completed the Trainee Leader scheme.We have also seen team members relocating and transferring to roles at Head Office. The team covers a range of ages with different interests and backgrounds, but together it works and we have FUN! They do say that we have the best sense of humour after all!"

We have a range of opportunities at our stores at Liverpool John Lennon Airport for talented staff including Customer Service Assistants and replenishment assistants. We also need a number of proactive and enthusiastic team members to support us over the summer seasonal peak.

We provide employees with ongoing opportunities and incentives to learn, develop and grow in the world’s leading travel retail company. We like our employees to be involved, and we have high employee engagement. Some of our teams have been working together for more than 20 years.

Our Values
Your Development
Our business
We use cookies on our website to give you the most relevant experience by remembering your preferences and repeat visits. By clicking “Accept All”, you consent to the use of ALL the cookies. However, you may visit "Cookie Settings" to provide a controlled consent.
Cookie SettingsAccept All
Manage consent